Let me take a moment to share some things you might not know about me.  These are a few things I have never shared, or rarely go in depth about.  But maybe a little self discovery will be good for me, and you can learn a little something about me.

People have argued with me on this one, as if I didn’t know my own name.    People tell me constantly, “It’s okay.  You can tell us your middle name.”  I don’t have a middle name.  I’m not trying to hide it.  Do I wish I had one?  I don’t see much of a point to middle names, unless you hate your first name.  Then I suppose it serves as a good back up.

IV means the fourth in roman numerals.  I didn’t add that to look cool on the cover of books (as I am constantly asked).  I really am the fourth.  My dad is the third and my oldest son is the fifth.  The funny thing about telemarketers, they are constantly calling asking for Mister Iv.

3 – I don’t think very highly of myself.

I have a very poor self image.  I consider myself an unattractive, awkward, and unsuccessful.  This triple whammy of self doubt has surely started with my awkwardness with women.  I did finally break my shy spell in my junior year when I had my first girlfriend and one of only two true loves I’ve ever had.  I guess being recognized by the opposite sex boosted me a bit.  But as I have gained weight with age, my poor body image has returned with vengeance.   It has also made me a very jealous person because I feel that everyone else could come along and take my wife and/or friends from me.

Some things have gotten better for me in the last few years. I’m starting to focus more on my successes and turning my failures into successes.  I wish I could just get motivated to lose weight.

In fact, writer is the third in my choices of dream jobs.  I enjoyed writing, but I never saw it as a career possibility (I still can’t make a career of it, yet).

My first choice, as a High School student, was Architect.  But after the hour or two of class, I realized I got bored.  I wouldn’t be able to do it for eight hours or more a day.

My second choice was a police officer.  My dad was one, but I never really wanted to “get shot at for a living.” But this girl who I was attracted to told me about a youth cadet program with the local police.  She said I didn’t have to want to be a cop to join, and she was cute so I joined.  I really loved it.  But I did some dumb things with my financials and my credit scores kept me out.  As I got that cleaned up, my physical fitness kept me out.  But all my formal education and training is in Law Enforcement.

I really was lost until about 2010, very late in the year.  That was when I made the choice to really try being a writer as anything more than a hobby.  I’ll be happy if I can quit my job some day and work on my writing and my magazine full time.

This is the one thing I try so hard to change, and never can for long.  There was a point where I gave up fast food for over a year.  But, I went right back to it.  I really enjoy Coca-Cola, but I’ve managed not to drink a Coke in almost four years now.  My wife still drinks it and I am always so tempted to drink one.  I love pizza, McNuggets, and French fries.  If I was still active like I was in High School and my early 20s, it wouldn’t be so bad.  But my day job, my business, and my writing are all very sedentary activities.  My hobbies of video games and watching hockey don’t help either.

I mean, I don’t want to marry her or anything.  But I just absolutely love her character, her story, and her games.  I am addicted to Tomb Raider. This is something that started with the newer games.  I’ve read all the comic books.  I own the movies.  And I would really really really really (one more) really love to write an official Tomb Raider novel.  I know about the models, the voice actors, and anyone else who has officially portrayed Lara.  I just love her.   So now that I sound creepy, let’s move on.

7 – I identify with females more than males.

Perhaps I am a woman at heart, I don’t know.  But I’ve always found myself getting along with females more so than males.  I have more female friends than males.  I enjoy talking, and not many men do.  I find women have more meaningful conversations.  This is also why I probably write a lot of female characters.   I’m very thankful I found a wife who is not the jealous type.

8 – I have a terrible time with names and titles.

Naming my kids, with the exception of my oldest, was a battle with my wife.  I have a hard time with names.  In most of my novels I spend hours on hours picking names for my characters.  I struggle most with male names (and I have three sons).  Titles, the naming of my books, are very hard.  Dissolution of Peace came in the last minute when I had to either pick one or delay the release.  Names feel permanent to me, and in most cases they are.  So I just have trouble with it.

My wife is screaming in victory to hear me say this.  I often tell her I am just a realist.  But the truth is I see everyone and everything is a pessimistic light.  Some might say this is the cause of some of my bad luck, others might say my bad luck is what caused this.  I think I’ve been that way most of my life.  I don’t see it as a bad thing.  I do see the good, but my mind always points out what will go bad first.  I firmly believe is expecting the worst and hoping for the best.  I’d rather be pleasantly surprised then bitterly disappointed.

I want nothing more than to be accepted for what I do.  I need the support of my family, my friends, and my fans.  I don’t always get the support from my friends and family, I even think a few of them think what I do (writing) is “cute”.  But it isn’t just in writing.  I want to be accepted as a community member, a good father, and a good friend.  This comes from the self doubt I talked about above.  I often think my friends don’t appreciate me, because it isn’t something we say.  Acceptance is part of the human condition.  We all want a place to fit in.  I just want to be appreciated and accepted by those around me.

So there you have it, 10 things about me that you may not have known.  I may even have surprised a few of you. 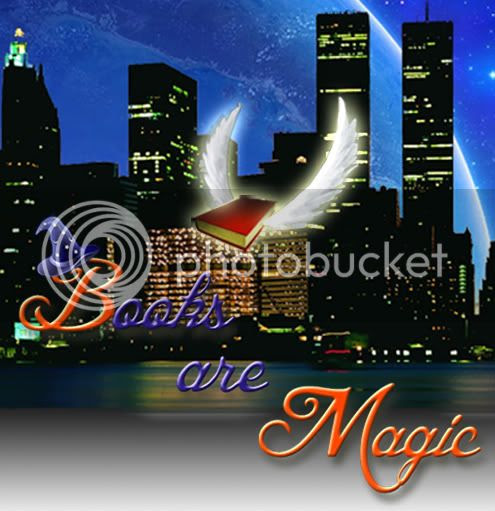