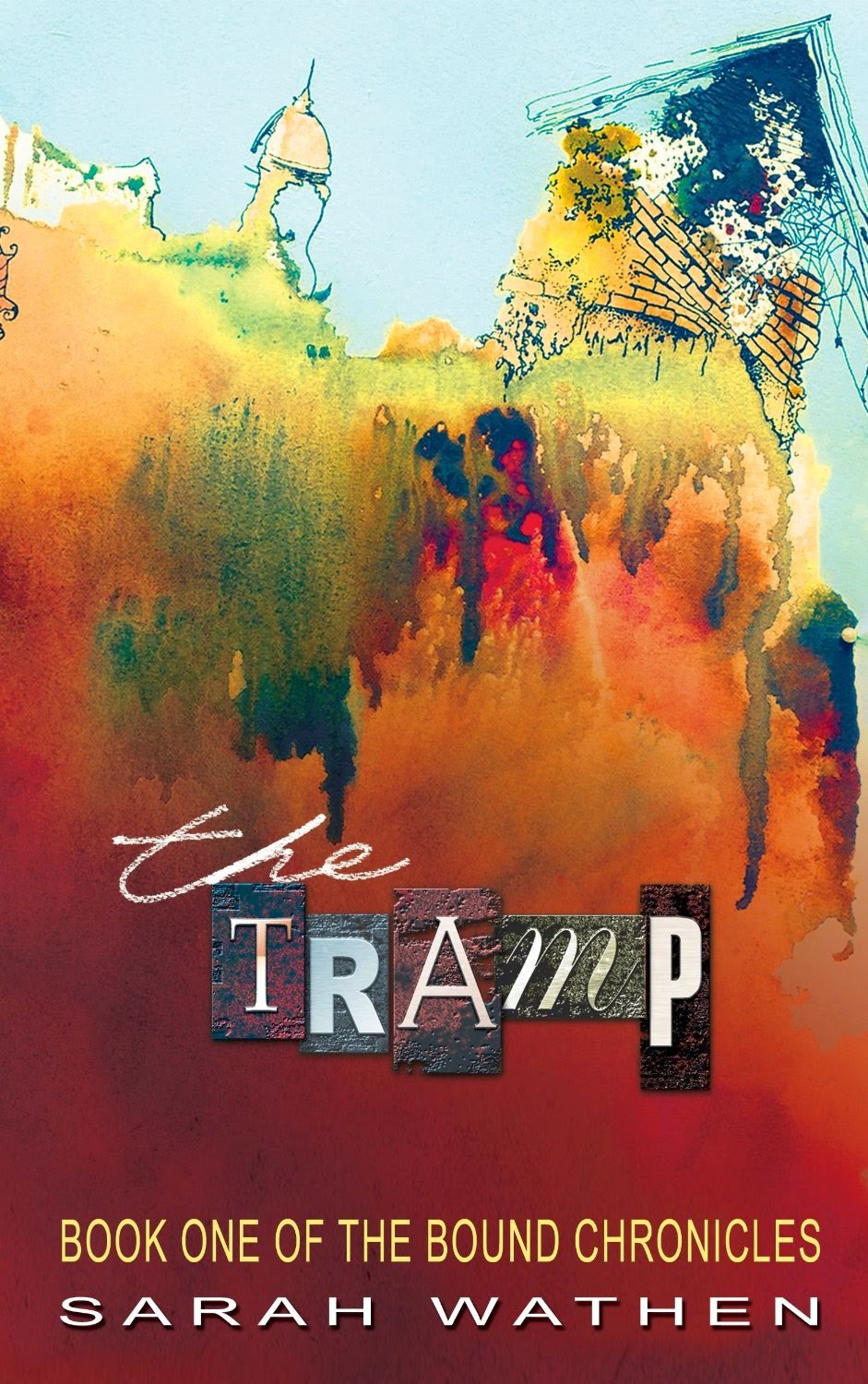 When John was seven, he found Candy dancing in the neighboring yard wearing a yellow polka-dot bikini and red rain galoshes, splashing and dancing and singing at the top of her lungs. She saved his throat from getting ripped out by her grandma’s guard dog. Good thing she did, too. It was John who raised the alarm that day, when the man who smiled with his mouth but not his eyes drove off with Candy in a cloud of dust. The police stopped whatever might have happened next in a seedy motel—a place Candy doesn’t dare remember. John rescued her, creating a bond between two friends strong enough to awaken…something.

That something has haunted the southern mountain town of Shirley since a time before stories were written, in a cycle that has spun for centuries.

Years later, John and Candy begin to suspect something more sinister lurking amidst the days of football glory and the nights of clandestine rendezvous. John discovers disturbing symbols from the ancient tribes indigenous to the area in his history textbook, in a local cave system, and in his very dreams. Candy uncovers a family history that is more colorful than she knew. If shades of black are colorful.

If only the two friends could foresee the danger looming before them. For another something, one much more dangerous than the first, is waking up to continue the cycle.

And this something is bent on revenge…again.

Murder forces everyone out of sunny valley torpor, and Candy realizes that more than acquaintance connects her with the killer. When a corpse is found, gutted as if for ritual, she knows that whatever evil has overtaken her hometown is moving forward. She will have to exorcise the haunting herself—though she has no idea how—and she will need John’s predestined help to do it. Candy will have to face the memories of that seedy motel room first. At least she finally understands the power she never knew she had—a link to her departed mother and a line of healers shrouded in pre-history.

Unlike many authors, I don’t have a writing nook. I’m so jealous of dedicated writing spaces that I prefer to imagine them as purely fictional. Because of my day job (devoted caretaker of a certain six-year-old boy named Liam), I write on the fly most of the time—like a boxcar vagabond, who hunkers down in a corner with a few newspapers to serve as blankets, but sleeps like a baby. I have to grab every chance I can get and any semi-flat surface will do for a writing desk. Whether I’m balancing my laptop on my knees while watching Liam swim laps at the YMCA, or stealing an hour at Starbucks during a My Gym class, I get it done.

One of the ways I create my author bubble—wherever I am—is to always have my noise-canceling headphones on hand. This was a splurge, but one of the best gifts my hubby ever gave me: Bose Quiet Comfort 15, Acoustic Noise Canceling around ear headphones. What plays on those things is specific to my mood and the writing phase.

And, I do have my favorite spaces—little comfy environments that I dream of while scribbling notes on the playground sidelines.

Sarah Wathen is an artist, author, and founder of the independent publishing house, LayerCake Productions. She was trained in Classical Painting at the University of Central Florida, and then received her Master's in Fine Art from Parsons School of Design in New York City. If Florida was where she discovered her passion, New York was the place she found her voice. "Writing a book was my obvious next step, once I realized I'd been trying to tell stories with pictures for years," Sarah says about transitioning from visual artist to novelist. "Painting with words is even more fun than painting with oil." She describes world-building with language--developing characters, constructing settings and plots, and inventing history--as a power trip that everyone should try at least once.
If only she had as much control over her Bichon Frisées as she does over her narratives. A devoted animal lover, she populates every story with at least one of her pets--especially the dearly departed ones, as therapy for an aching heart.

Sarah lives in Florida with her husband, son, and at least a dozen imaginary friends from her two novels, The Tramp and Catchpenny. 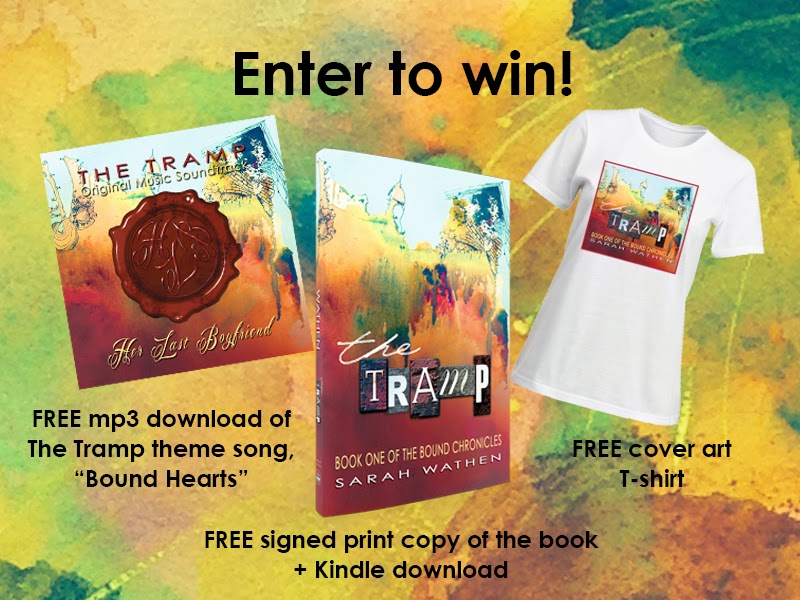 The author is giving away the following gifts to one winner of the Rafflecopter. 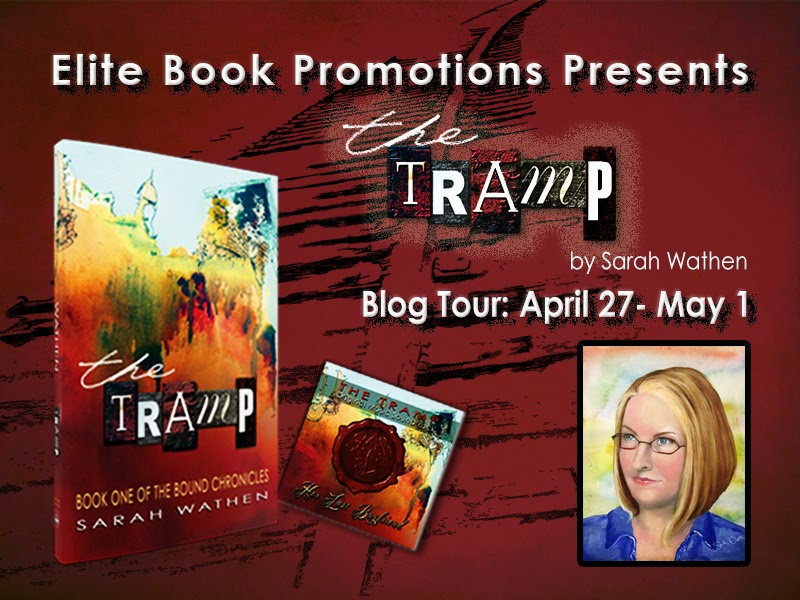