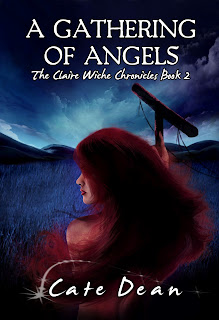 Claire Wiche sacrificed everything to keep her friends safe, revealing her true self. She expected the final battle to be the end for her. But she is back, breathing - and threatened by an enemy she doesn't have the means to fight.

An enemy bent on vengeance and possession, whatever the cost.

Trapped, alone, Claire has to find the strength to stand against what she knows she can't defeat. And the courage to face the people she thought she left behind.

Sitting on the edge of the bed, Annie Sullivan tapped three sleeping pills out of the bottle and into her palm. After a short debate, she added another one. She set the bottle on the side table, dropped the pills in her mouth and chased them down with a long swig of beer.

It didn’t help any more than water, but it did make her head fuzzy a little faster. At least, that was the excuse she would give to Marcus if he ever found out.
He watched her like an overprotective brother. She wanted to slap him down for it, but she knew he was worried. Going into the fourth month after losing Claire, Annie looked like she was the one who fell into Hell.
She scrubbed at her face, then climbed into bed and stared at the ceiling, waiting for the pills to take effect. For the dreams to yank her in.
It didn’t take long before she was pulled under, slipping into smoke and shadow. Into a dream where she wasn’t alone.

This is what my mom said to me after reading one of my stories (YA and fantasy – both so not her thing). Honestly, sometimes I don’t know how I do this writing thing, either.

Somehow, I sit down at a computer, stare at the blinking cursor, then just start typing. When I finally come up for air, there are words – and more often than not lately, good words. When I read them later, I find it hard to believe that I actually wrote that scene, that conversation between two characters that have suddenly come to life on my screen. I don’t remember writing it, but there it is, sitting on the page, waving at me. A miracle. A story.

I have been writing for so long, I don’t recall a time when I wasn’t writing something. Poetry, song lyrics, short plays – I’ve done it all, and thoroughly enjoyed every word. I even wrote a scene for my high school Shakespeare class in iambic pentameter. (Don’t be too impressed – it’s easy to do if you’ve read Shakespeare since 5th grade. Yep, I’m a theatre geek.)

Making up stories in my head and putting them on paper has always been a part of my life. It has only been the last few years that I got serious about it, that I wanted it to be not only what I did, but who I am.

I am a writer.

And that is more of an accomplishment than almost any words I string together – acknowledging it, to myself, to the world. Putting the deepest, most secret part of myself on virtual paper and putting it out there for everyone to see.

And it’s a terrifying thing to do – because not everyone will like me. Or what I have to say. Or how I say it.

But I accept that, now that I’ve put myself out into the world. There is no pleasing everyone – especially when it comes to something as subjective as fiction. I figure if my story inspires strong emotions, whether they be positive or negative, then I have done what I set out to do.

Thanks for hanging out with me today! 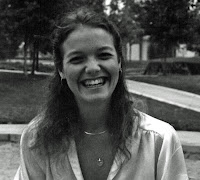 Cate Dean has been writing since she could hold a pen in her hand and put more than two words together on paper. She grew up losing herself in the wilds of fantasy worlds, and has had some of her own adventures while tromping through the UK, and a few other parts of the world. A lover of all things supernatural, she infuses that love into her stories, giving them a unique edge. When she's not writing, she loves cooking, scaring herself silly in the local cemeteries, and reading pretty much anything she can get her hands on.

Cate is giving away HEALING CRYSTALS (which are a big part in this series) to three winners from this giveaway.  Here is the picture of the healing crystals. 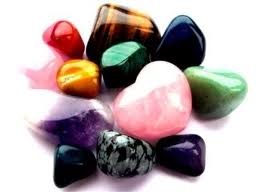 I know, its amazing right?  One of the winners will get the heart crystal from the collection.  And the other two is a SURPRISE.  Enter the giveaway through Rafflecopter and win them! :)

And guess what, this is INTERNATIONAL!