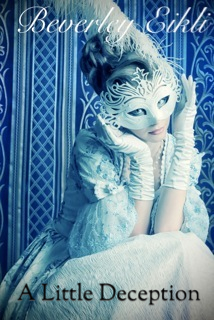 When she embarks on charade one night to save the family tea plantation, spirited Rose Chesterfield gets more than she bargained for: marriage to the deliciously notorious rake, Viscount Rampton. Unwittingly implicated in a series of high profile jewel robberies, Rose must outwit a jealous adversary in order to clear her blackened name. But can she regain the love and respect of her husband?


1. Is there an inspiration behind why you chose writing?

I think it’s written into my DNA. When I was little I remember my mother doing a writing course by correspondence when we lived in the African mountain kingdom of Lesotho and being fascinated. Later, when we’d moved to Australia and I was about seven, I used to entertain my two sisters and mum and dad with my stories about a School for Witches at our beach cottage in South Australia.

2. When you were little, what did you want to be when you "grew up"?

A writer. Absolutely! The Careers Guidance counselors weren’t very enthusiastic and quite rightly told me I couldn’t leave school to be a writer so I became a journalist. Then, after I met my husband while I was running a safari lodge in Botswana my life suddenly became very interesting, giving me a lot of life experiences to draw upon when I finally did achieve my dream…23 years after writing my first romance at the age of 17.

3. Finish the sentence- one book I wish I had written is....

Through a Glass Darkly by Karleen Koen, which is about the South Sea Bubble financial scandal in the early eighteenth century and packed full of intrigue, romance, illicit love and scandal.

4. What are your current literary works?  Any sneak peaks?

I’ve just won UK publisher Choc-Lit’s ‘Search for an Australian Star’ competition so 2013 and 2014 are already packed with releases. My books for them are under my Beverley Eikli name, the first being my winning entry, The Reluctant Bride, about a returning war hero during the Napoleonic wars whose next assignment is to quash a spy ring. The trouble is, the girl he marries - after she has no choice but to accept his marriage offer because she’s carrying her now-dead fiance’s child – is (unbeknownst to my hero) intimately connected to the spy ring. The book will come out in September, 2013.

5. If you could travel in a Time Machine would you go back to the past or into the future?

I’m an historical writer, so it goes without saying… the past. I’d probably choose the Georgian period with all those lavish lace-adorned and full-skirted gowns so I looked gorgeous (though I’d stay away from the lead-based face creams). Then I’d indulge in a range of Dangerous Liaison’s-type relationships to spice life up a bit.

6. What is your favorite scene in the book and why do you love it?

The book that is just out under my Beverley Eikli name – A Little Deception – was first published by Robert Hale a couple of years ago and nominated by Australian Romance Readers’ Association for Favourite Historical of 2011. I love the scene where Viscount Rampton has been caught out, having just taken to bed the heroine whom he believes is safely married. Now he’s been called to account and, while furious as he expects he’ll have to offer marriage he instead ends up being furious because the heroine most definitely does not want to marry him.

Thank you so much for having me here today. It’s been fun!

Beverley will be awarding an e-copy of her backlist - Lady Sarah's Redemption or Lady Farquhar's Butterfly at each stop plus one randomly drawn commenter during the tour will be awarded a $25 Amazon Gift card.