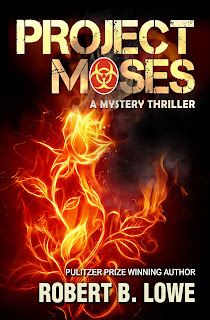 Project Moses is a high-tech bioterrorism thriller in the Grisham mode that has been well received on Good Reads, Library Thing and Kindle (4.8 stars based on 18 reviews as of April 4).  It has romance, suspense and humor.

Enzo Lee, 37, a burned out reporter, has forsaken investigative reporting on the East Coast to churn out feature fluff in San Francisco. He likes his North Beach apartment, steps away from his Chinatown roots. Running, tai chi, great food, women who are attracted to his exotic looks. Life is good.

Then, Lee is ordered to cover the unexplained deaths of a local judge and prosecutor. Intrigued by the connection, and the judge’s attractive niece, Sarah Armstrong, Lee begins to uncover a bioterrorism scandal whose perpetrators - including government officials and Silicon Valley titans - will kill to conceal.

When Lee and Sarah become targets, the question becomes whether the pair can evade their hunters and piece together the story before their time runs out. Project Moses is set in San Francisco, New York and Silicon Valley.

BEHIND THE COVERS
Background to Project Moses – A Mystery Thriller

The main character, Enzo Lee, is a reporter for a San Francisco newspaper.  He was an investigative reporter who got burned and has now turned to churning out feature fluff stories.   The other major character, and also his romantic interest, is Sarah Armstrong who is an attorney.

In real life I was both an investigative reporter and an attorney so I could borrow heavily on those experiences when writing Project Moses.

The newsroom I describe in the book – tattered carpeting, piles of newspaper, small interior offices where editors looked out over the reporters  -  are what the newsrooms were like at the newspapers where I worked.   I exaggerated some of the conflict between reporters and editors.  But, there was plenty of that as well.  Reporters can be tough to manage and most make lousy managers when they’re promoted high enough.  Plus, you’re dealing with something pretty personal – how someone has written a sentence, paragraph or article.  Deal with all that under deadline pressure and things get tense, although the insults can be marvelously articulate.

On the law side, I borrowed a lot both from lawyering and also from my experiences covering trials as a reporter.  For a time, I covered the courts so I was in and out of courtrooms all day long.  Once, I covered a sensational murder trial that went on for months.  Many of the people “working” the trial – lawyers, cops, reporters, courtroom artists – got to know each other well.  A lots of friendships and, yes,  romances were spawned by being in such close quarters for weeks.

The action in Project Moses takes place in three places:  The Bay Area and particularly San Francisco; New York; and the desert of Arizona.  Mostly, I described places where I had been because it was easier for me to describe specific scenes.  Recalling the concrete details helped give a “you are there” sense to the book, hopefully.

Enzo Lee is Chinese-Italian-Scottish.  He grew up in San Francisco and lives in a flat in North Beach which is an Italian neighborhood but right next to Chinatown. 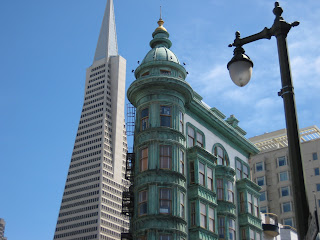 There are a lot of scenes of him walking the neighborhood on his way home, going into one of the temples to meet someone and doing tai chi early in the morning with instruction from the venerable Master Chu, among other moments.

Project Moses also describes the homes of Sarah and Enzo as flats in Victorian era homes with intricate wood floors, stained paneling, tall ceilings and the great detail that went into houses of that era. 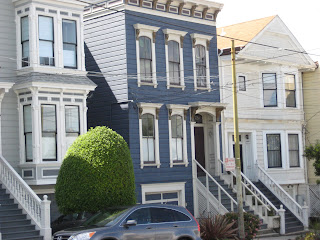 San Francisco is filled with great old places with loads of charm like that.  Many of them – particularly closer to the downtown and working waterfront – were built in the 15 years after the Great 1906 Earthquake and fire wiped out most of the city. A few areas that escaped the fire have even earlier homes.  It’s one of the aspects of San Francisco and nearby areas that I enjoy and my homes here have that flavor. 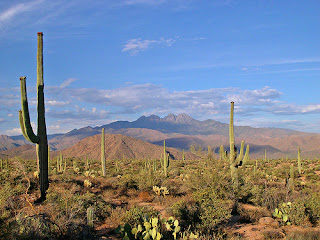 Some of the action takes place in rural Arizona.  In Project Moses some of the genetic and agricultural research takes place there and Enzo travels there to investigate what is going on.  He ends up having some harrowing experiences.  I worked in Arizona as a reporter for 5 years and won a Pulitzer Prize for my investigative work there. 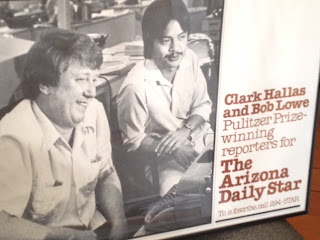 One of the major investigations I conducted there occurred in a rural area mainly known for cotton farms, the state prison and absolutely blistering weather five months out of the year.  I spent two months during the summer there knocking on doors in the poorest neighborhoods – sometimes mere shacks.  My partner and I were finding women who had been forced by doctors at the county hospital to be sterilized.  The doctors hoped to reduce the number of new kids coming onto the welfare rolls.  Those weeks left me with some incredibly vivid memories.  We found numerous cases, exposed the forced sterilizations, and ended the practice.

Robert B. Lowe is a Pulitzer-prize winning author whose fiction is based in San Francisco, his adopted home.

His past experiences – a 12-year career in investigative journalism and a Harvard Law School degree – enable him to write gripping mystery thrillers in both the legal and journalistic fields. Lowe draws his inspiration from John Grisham, Dick Francis and Lee Childs and adds his own San Francisco twist. Readers will enjoy his references to the city’s landmarks such as Chinatown, North Beach and Pacific Heights  and the Bay area’s foodie culture.

When Lowe isn’t writing he enjoys a day at the golf course and spending time with his wife and daughters.

The author will be giving away a $10 Amazon GC to one randomly drawn commenter at the close of the tour.

To enter this $10 Amazon Gift Card Giveaway, you will have to comment in this post WITH your email id.  Anonymous comments are accepted, as long as you leave your name and email id in the comment. 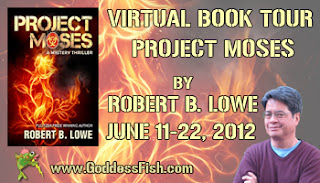