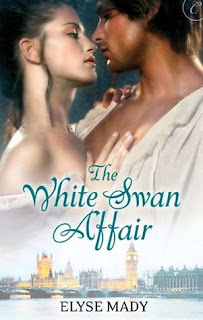 `
London, 1810
After the tragic death of her beloved, Hester Aspinall vowed never to be ruled by her passions again. Still, she is drawn to her landlord, handsome adventurer Thomas Ramsay—but she doesn't fool herself that a man of his station would look twice at a poor tailor's sister.

With the sea for a mistress, Thomas has no intention of entering into matrimony. And yet, he can't get the plain-spoken and desirable Hester out of his mind, even though she's never tried to secure his attentions as other women do.

Everything changes the night Hester's brother is arrested during a raid on a gay brothel, the infamous White Swan. With no one else to turn to, and terrified Robert will hang for his crime, Hester accepts Thomas's offer to bear the cost of the defense. A true gentleman, Thomas expects nothing in return—but Hester can no longer deny her own desires...
She may offer her body eagerly, but can she protect her heart?


Its the story of Robert's acceptance and his spinster sister, Hester's destiny.  Robert and Hester lost their parents and Hester lost her fiancee to the sea, a few years ago.  After all these terrible things, that happened to them, the family somehow sustains with Robert's occupation.  Robert has a tailor shop to support his family.  His shop's landlord, Thomas, has an attraction going for Hester.  But, he thinks that Hester is not interested in him, without knowing the fact that the attraction is mutual.

When life goes on, all hell breaks, when Robert is taken into custody for Sodomy.  Both Hester and Robert faces their worst days, after that.  While Hester learns to live her life, Robert tries to accept himself.

This novel takes some day-to-day topics, but sets in a different time.  That, according to me, was a great idea.  Its different to see, how people would have reacted to some situations at that time.  Well-written and nice idea for a plot!

This is definitely not a easy read!  But, this could have been fun.  I felt like I am always feeling sad and tensed.  And I suppose that is one of the successes of the novel.

*** Some words and sentences might be offensive to some people.

Loved the plot!  Would like to read more from this author.


The Georgians loved their shopping.  It was the first true age of conspicuous consumption and boy oh boy, did they consume!  In my latest book, “The White Swan Affair”, Thomas and Hester descend on Harding, Howell and Company at 89 Pall Mall, the world’s first ‘modern’ department store and frankly, I would have been right beside them. 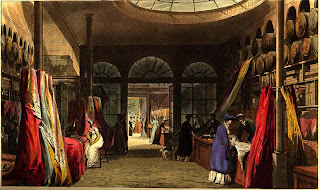 "The house is one hundred and fifty feet in length from front to back, and of proportionate width. It is fitted up with great taste, and is divided by glazed partitions into four departments, for the various branches of the extensive business, which is there carried on.


Immediately at the entrance is the first department, which is exclusively appropriated to the sale of furs and fans. The second contains articles of haberdashery of every description, silks, muslins, lace, gloves, &etc


In the third shop, on the right, you meet with a rich assortment of jewelry, ornamental articles in ormolu, french clocks, &etc.; and on the left, with all the different kinds of perfumery necessary for the toilette.


The fourth is set apart for millinery and dresses; so that there is no article of female attire or decoration, but what may be here procured in the first style of elegance and fashion."
Doesn’t that sound wonderful? 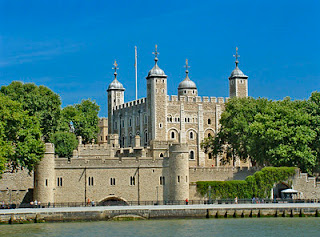 I know, I know.  A total tourist trap, even then, but the Tower, with its collection of Royal Jewels, the Royal Mint (which in the period still shared the site in ever tightening quarters) and the menagerie, is something I’ve always wanted to see.   By the end of the Georgian period, its visceral threat had diminished and it was no longer used to house political prisoners but it plays such a large part in English history that I couldn’t imagine not seeing it. 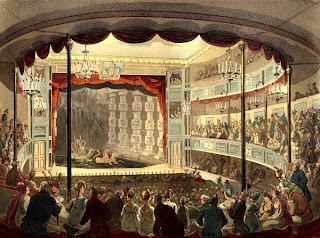 Theatre was a huge part of Georgian culture.  High and low flocked to the them, where everything from drama to farce to clowns and ribald humour reigned.  Sadler’s Wells was one of the most elaborate and was open during the summer season, when traditional theatres went dark.  It boasted some of the most significant performers of the era, including Edmund Kane.  Beginning in 1804, it even boasted a Water feature, whereby a large tank was flooded and great naval battles were restaged.  How cool is that?

Wordsworth attended and describes seeing"... giants and dwarfs Clowns, conjurors, posture makers, harlequins: Amid the uproar of the rabblement, Perform their feats."


It wasn’t as dignified as the theatres in Covent Gardens.  Fights were common and given its semi-rural setting, footpads and pickpockets blanketed the era.  And you were as likely to see a saucy two act comedy as tumbling since the royal theatres had a pretty tight lock on Shakespearean plays and opera was only staged at Sadler Well’s on occasion but for sheer spectacle, it must have been something else.


All right, technically not a Regency attraction, since it closed almost 25 years prior to the beginning of the Regency but definitely a Georgian must-see, this museum featured some of the most spectacular automata ever constructed.  Automatons were fantastic clockwork creations, human and animal, that could do a huge range of startling lifelike actions, from write to play the harpsichord.  They were immensely popular and more and more amazing creations were made for exhibition across Europe.

According to a 1773 catalogue describing the exhibition, there was:
a Bird Cage of exquisite richness and beauty composed of gold, silver jewellery and agate finely designed and ornamented.  Under the doors of the Cage are panels in which Birds are seen in motion, in one panel picking fruit and flowers and in the other a Nest of Birds fed by the old one.


To get an idea of just how marvelous they could be, check out this amazing Silver Swan:
http://youtu.be/p9dcg-o4efg?t=1m5s 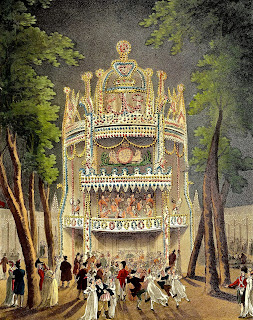 The Gardens, which were open to the public during the spring and summer months for nearly three hundred years, were the ultimate destination for thousands upon thousands of Londoners during Restoration and Georgian eras.  People from all classes could mingle for the price of a ticket.

The Long walks, light by lanterns, the Dark walks, which weren’t but which did include conveniently located benches should you and your companion grow suddenly tired/and or be overcome with amorous feeling, fireworks, an orchestra and world renowned singers, ham so thin you could purportedly read a newspaper through it, everything about the gardens was designed to create a magical, otherworldly impression.

It is mentioned again and again in English literature and if I had one place to go during the Regency era, this would be it.
***
What would you like to do if you have a pass to the past and could visit anywhere in Regency London?  Visit the Royal Opera House?  Travel down the Thames?  Go to Saint Paul’s?   Leave a comment and while I can’t give you an all-inclusive trip, I can offer one commenter a signed e-copy of my latest book, “The White Swan Affair”, guaranteed to sweep you back to the London of 1810 post-haste!

Elyse Mady is the author of historical romances “The White Swan Affair” and “The Debutante’s Dilemma”, with Carina Press and two contemporary romances.  Upcoming books include the Regency novella “The Debutante’s Desire”.  She blogs at www.elysemady.com.  You can also find her on Twitter at @elysemady, Facebook and Goodreads.
In addition to her writing commitments, Elyse also teaches film and literature at a local college. With her excellent writerly imagination, she one day dreams of topping the NY Times Bestseller’s List and reclaiming her pre-kid body without the bother of either sit-ups or the denunciation of ice-cream.

This is the formatting for the youtube video.  If you need a different code to embed it, I have also included the link so you can find it easily.

You could win any one of the digital copies from the following books.  Enter the Rafflecopter below to enter the giveaway.