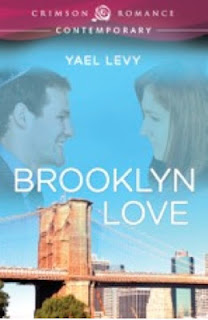 For any young woman, it can be hard to follow the rules … especially when you’re falling in love.
But for Rachel, Hindy, and Leah, it’s especially hard. Because as Orthodox Jews, they live by a whole different set of rules. No touching a guy—any guy!—before marriage. No dating—unless they are considering marriage—and then, only marrying a man who rates high on their parents’ checklists.

All Rachel’s mother wants for her daughter is to see that her daughter marries well. Naturally, this is where the rich, Columbia University educated lawyer comes in. The problem is, Rachel’s already found a guy who makes her heart race. A Rabbi. But how could a struggling Rabbi possibly give Rachel the security her mother demands?

Hindy is very pious and only wants to marry a Talmud scholar. The problem is, she’s in love with an Orthodox Jewish guy she works with. How long can she keep saying no when her heart says yes? And will she be able to stick to her values amidst temptation?

Leah wants to be a doctor, but her mother insists she study computers even though she hates computers. Her mom, a struggling immigrant, has fixed ideas about the course to success and marriage—which doesn’t include any of Leah’s wishes. What will it take for Leah to break out of her mom’s—and community’s—expectations and follow her dreams?

In Brooklyn Love, three Orthodox Jewish women who are caught between crushing guilt of defying their mothers and their desire to be “normal” are there for each other as they try to figure out who they really are … and what they really want.

You were an ex-pat in Israel. How did that experience influence your writing?

Though I moved to an Orthodox community in Israel—the cultural nuances were very different than Brooklyn. I felt very alienated and was able to take a step back and compare and contrast the New York experience to the life I was living in Israel. The flip side to feeling lonely for what I knew—was experiencing the wholeness and lack of neuroticism living as a Jew in a Jewish country. It was nothing like I’ve ever experienced before or since. It made me think that historically, all great Jewish communities outside of Israel eventually wane—if not disappear completely. While currently vibrant...New York Jewry will probably go the way of every other community in the Diaspora, and I felt compelled to commemorate the experience of a certain culture at a specific time and place.
Like The Secret Life of Bees, the book has crossover appeal to adults in addition to teens.

Who do you hope to reach with the story?

the context and rules of the world are different in Brooklyn Love, most of the themes and issues are universal. I hope people with different outlooks will enjoy comparing and contrasting the world I'm showing in the book to their own. Women interested in how different communities deal with love and marriage, or how a culture based on rabbinic-Judaism differs from their communities might enjoy this book.

You thank your father for his stories, told during Shabbat meals. What were those stories like?

Wow. That question could get me in a lot of trouble! My father retired as an auditor for the State of New York, so I'm not at liberty to share those stories (while we didn’t hear names or specific details, the experience of seeing the world through an auditor’s perspective certainly influences my work, especially my next book, a light romantic romp with a touch of mystery – Starstruck).
I loved to hear his stories about growing up Orthodox in Williamsburg with his four brothers during WW2 – it was another world! Or his haunting recollections of Holocaust survivors moving into Williamsburg after the war. Or his hilarious stories about dealing with nudniks. Though the best stories always revolved around how he fell in love with and married my mother. The Shabbat table can be an incredible forum for imparting life lessons and values to the next generation in a really fun and loving way.

A freelance illustrator and journalist, Yael Levy has been published in numerous venues, including The Jerusalem Post during her three-year stay in Israel just east of the bustling capital city of Tel Aviv.

She holds a degree in Illustration from the Fashion Institute of Technology in New York City. But it’s the questioning journalist inside her that has launched a new career in writing literature. Her debut novel Brooklyn Love (Sept. 17, 2012, Crimson Romance) hones in on Levy’s interest in the underlying thoughts and expressions of the Orthodox Jewish culture.

A native New Yorker, Levy currently writes for The Times of Israel about her experiences as a Jewish mother now living in Atlanta. She is also studying for a Masters in Law at Emory University.