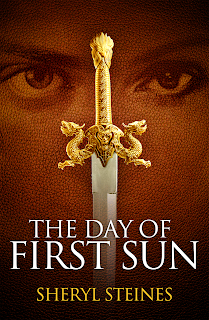 When Princess Amelie of Amborix is murdered by magical means, Annie Pearce and Bobby “Cham” Chamsky of the Wizard’s Guard are called in by the FBI. Their job is to help solve the crime while keeping the non-magical world from discovering the existence of the Wizard Council.

Perfect blende of fantasy and romance.  If you are a lover of fantasy novels, you will get everything here - wizards, vampires, curses, brooms, ... you name it!

STAR 1:
The plot!  Amazing and well thought-out plot.  Annie and Cham are friends for a very very long time like started their school together, same college and then got to the same job - in the Wizard Guard, yeah, you read that right.  Wizard Guard is like FBI for the magical world.  When a non-magical princess is murdered by magical means, Annie takes over this case, with her team, Cham, Gibbs and Spencer.  They find various clues and suspects to the murder.  Soon, they are on trail for a vampire and an irresponsible wizard.  All the paranormal elements are satisfactorily explained and they are completely enjoyable.  So, star 1 added!

STAR 2:
Kick-ass heroine!  Annie is one of those heroines, who walks around the world with a confidence and bravery.  One thing I always fall for in a book, is a confident heroine.  Annie shows courage, patience and kindness, whenever needed or necessary.  I actually adored her, when she tortured the vampire, who was killing most of them in their country.

STAR 3:
Well narrated!  There are no sub-plots, only one main plot.  But, the author has done a good job of delivering it to the readers, without boring them.  The friendship between Annie's team is great.  And Gibbs' character was both bad-ass, smart and adorable.  Sometimes, we need such members in a team.  And it was a long time now that I have read a book, where vampires are villains (you must see me swooning over JRWard's heroes, LOL!).

STAR 4:
The start of the novel!  Totally my taste..children racing around in broomsticks, nanny's are fairies who take care of the children, and childhood friendship starting with action and adventure.  Deserves this star with sparks around it!

STAR KNOCK-OFF 1:
Two reasons.  First one being there are some information missing in the novel, and it seems like there will no sequel, so I felt like knocking off one star.  For example, the reason for the murder behind Annie's father is not explained well.  And what is it with the school teams - they start investigating like its a clue, but I have no idea what they are talking about.  I just imagined maybe that's a team name in their school.  Second reason is in most of the places, I didn't enjoy the romance between Annie and Cham.  Its like looking into bad actor in the stage.  But, as romance is not the key aspect of this book,  it's not much to expect to! 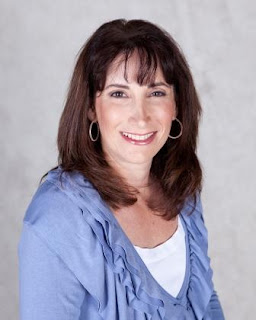 Please enjoy this guest post by Sheryl Steines, author of the urban fantasy novel, The Day of First Sun. Then read on to learn how you can win huge prizes as part of this blog tour, including $450 in Amazon gift cards, a Kindle Fire, and 5 autographed copies of the book.

I am always amazed to hear that, in the year 2012, women are still talking about strong female characters. It’s funny that we’re always surprised when one comes along. Even in Hollywood, actresses still can’t find roles to sink their teeth into. As a reader, I look for characters that I can relate to in some way; a character who is more than a damsel in distress but less than an unfeeling, mean, witch. I’m putting it gently, but I’m looking for someone, who when facing a problem, doesn’t necessarily need a man to bail her out--a woman who can take care of herself in spite of her vulnerabilities. Because in reality, women are multi-layered and complex. We don’t fall to one end of an extreme or the other.

When I was younger, I started reading Danielle Steele, but I couldn't read her for long. Her female characters were far too needy and always put themselves in a position of requiring a savior. Even as a child, I couldn't help but wonder why these characters always needed a man to improve their lives. Why couldn’t they simply take care of themselves? It seemed as though female characters fell into two camps, and only two. They were either villains, witches, someone to be hated and despised, or they were weak, pathetic, your classic damsels in distress. Why is fiction lacking real women, women who can simply be human and celebrate all that they are?

As I got older, I found myself drawn to shows like Buffy the Vampire Slayer. I saw in Buffy a strong character. Yes, she could kick ass, kill the vampires and fight the demons. She also had a brain, could plan, and could save the world each week. But she wasn't uni-dimensional. She also has a side that liked clothes, shoes and boys, a side that was feminine, a little vulnerable; a side that, okay, sometimes needed to be saved. She was a complex female character, real and human, a character with whom I could definitely relate.

The strong female character isn’t a caricature or stereotype. She’s not a total wimp like Snow White, and she’s not a total monster like the evil queen. She falls somewhere in the middle. She’s reactive, emotional, human, sexual, confident and sometimes unsure of herself.

When I originally wrote my character Annie Pearce in The Day of First Sun, I wrote her as a no-nonsense person, strong and smart, the girl who could survive on her own. But she didn’t feel genuine. As the story unfolded and changed, I rewrote her, gave her friends and family with whom she could interact. I gave her feelings, gave her stress. I let the other characters take charge once in awhile and offer some support. I melded two halves into one woman--a strong woman, who can take care of herself and ask for help when necessary. We’re not perfect, so why should our characters be? Instead, why can’t we make them simply authentic?

Charlize Theron made a really compelling comment regarding her character in the movie Young Adult. She said, "Women are usually either really good prostitutes or really good mothers. Maybe women are finally getting the chance to play more honest characters," Theron said. "We usually don't get to play bad hookers or bad mothers -- or anything in between."

As part of this special promotional extravaganza sponsored by Novel Publicity, the price of the Day of First Sun eBook edition is just 99 cents this week. What’s more, by purchasing this fantastic book at an incredibly low price, you can enter to win many awesome prizes. The prizes include $450 in Amazon gift cards, a Kindle Fire, and 5 autographed copies of the book. All the info you need to win one of these amazing prizes is RIGHT HERE. Remember, winning is as easy as clicking a button or leaving a blog comment--easy to enter; easy to win! To win the prizes:
Help my blog win: The tour blogger who receives the most votes in the traffic-breaker poll will win a $100 gift card. When you visit Novel Publicity’s site to fill-out the contest entry form, don’t forget to VOTE FOR ME.

About the book: A vampire, a rogue wizard and an army of soulless zombies are par for the course for Annie Pearce and Bobby “Cham” Chamsky of the Wizard’s Guard. But when the non-magical princess, Amelie of Amborix, is murdered by magical means, a deeper plot unfolds. Get it on Amazon. About the author: Behind the wheel of her ’66 Mustang Convertible, Sheryl is a constant surprise, using her sense of humor and relatable style make her books something everyone can enjoy. Visit Sheryl on her website, Twitter, Facebook, or GoodReads.
Posted by Unknown at 3/23/2012 07:14:00 am

Email ThisBlogThis!Share to TwitterShare to FacebookShare to Pinterest
Labels: Fantasy