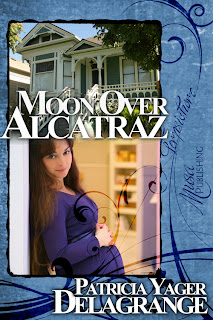 Following the death of their baby during a difficult birth, Brandy and Weston Chambers are grief-stricken and withdraw from each other, both seeking solace outside of their marriage; however, they vow to work through their painful disloyalty.  But when the man Brandy slept with moves back to their hometown, three lives are forever changed by his return..


“What are you doing?  Where are you going?  Please, let’s talk about this.”

“I work my ass off in New York while you’re at home screwing other dudes?”

I pulled the sheet around me, ran over and grabbed his arm.  “I wasn’t screwing other dudes.”  He ripped his arm out of my grasp.  “I was the one who was all screwed up.  Then you went to New York and all we ever did was argue on the phone.  You don’t tell your secretary you’re married and she treats me like crap on the phone...”

By now, he was fully dressed, shoes and jacket on, wallet grabbed off the bureau.  His hand hovered above the door knob.  His face looked void of emotion, wiped clean of all expression.  “I can’t do this,” he mumbled.

He stood near the door, shaking his head, tears dripping from his chin.

My legs shook.  My stomach cramped.  I had to make him understand.  “I know I’ve hurt you and that wasn’t my intention, but I wasn’t thinking straight.  I’ll regret it forever.  You don’t deserve this but I’m asking you to forgive me.”

His eyes swam with tears and his chin quivered.  His Adam’s apple twitched up and down as he swallowed.  “I had sex with Carol Smith.”


Is there an inspiration behind why you chose writing?

I like writing stories about people struggling with family issues.  I think most readers can relate to that.  In Moon Over Alcatraz Brandy and Weston’s baby dies at birth and the story centers around how Brandy overcomes her depression and faltering marriage, coming out the other side a happier person.  She has to jump through quite a few hurdles in a short period in her life, but she’s strong and resourceful and, in the end, attains her happily ever after.

When I was very young, maybe 6 years old, I wanted to be a fireman just like my daddy.  Then, around 8 or 9 I dreamed of becoming a nun.  I attended Catholic grammar school and nuns were these fantastic unknown group of individuals who had a direct line with God and I wanted to have that connection.  That only lasted a few years.  By the time I was in the sixth grade I’d experienced some very cruel teachers who happened to be nuns which eradicated any of my previous desires to enter the nunnery.

What movie and/or book are you looking forward to this year?

I think Richard Paul Evans is coming out with a new book as a follow-up to Michael Vey.  It’s a big leap for him to write in this genre but I loved the first Michael Vey book.  I’m also a fan of Richard Paul Evans.  Hopefully he too will be publishing something new.  I’ve read a ton of Debbie Macomber, especially her series books.  She’s so prolific, I’m sure several of her books will be coming out soon.  Jodi Picoult is one of my favorites authors as well.

I am still editing Brenda’s Wish which is about a divorced mother Brenda and her 17-year-old son Farrell who live in San Francisco.  Her ex-husband, who is a cop, is murdered and all forensic evidence points to either Brenda and/or Farrell as the murderer.  Their lives are completely discombobulated because of this, yet she meets a wonderful man who just so happens to be her boss, and the intrigue continues.  It does have a happily ever after.

Which authors have influence on you most.. how?

I think I’ve been most influenced by Nicholas Sparks and Richard Paul Evan’s writing.  I love the way they tell their stories, with just enough scenery and dialogue and a bit of narrative, that blends to create a story that pulls me in completely.

Please tell us in one sentence only, why we should read your book.

If you want to see and feel how one person turns sorrow into a life of happiness, you would probably like my book.

I’d have to say the reviews have made me do the “happy dance”.  I received five 5-star reviews on Amazon and I wanted to cry.  That I was able to touch someone else in an emotional way is exactly why I write.

Never...give...up.  Never.  Persistence is THE name of the game.

I’d love to jump onto the farm where Tom Booker of the Horse Whisperer lived in the movie.  It is so beautiful and to be able to ride my horse in that type of environment would be a dream come true.

The same as the Frank Sinatra song:  “I Did It My Way”.

I love the scene where Brandy meets up with Edward at Peet’s Coffeehouse after not having seen him since high school.

What is one book everyone should read?

Jodi Picoult’s Nineteen Minutes.  Not only is it a heart-string-pulling book, but it helped me understand how and why a messed up person does something horrific.

One food you would never eat?

Best christmas present?
My Friesian horse calendar that I use every year

Favorite writing spot?
In my backyard, under the table umbrella, legs propped up on a chair

Your worst trait?
I get angry with my son

Born and raised in the San Francisco Bay Area, I attended St. Mary’s College, studied my junior year at the University of Madrid, received my B.A. in Spanish at UC Santa Barbara then went on to get my Master’s degree in Education at Oregon State University.  I live with my husband and two teenage children in Alameda, across the bay from San Francisco, along with our two very large chocolate labs, Annabella and her son Jack.

My horse lives in the Oakland hills in a stall with a million dollar view.

Patricia will award a $25 Amazon GC to one randomly drawn commenter during the tour and to the host with the most comments (excluding the author's and the host's).

In order to enter this $25 Amazon Gift Card Giveaway, please comment in this post WITH your email ID.  Anonymous comments are also accepted, as long as you put your name and email ID in your comments. 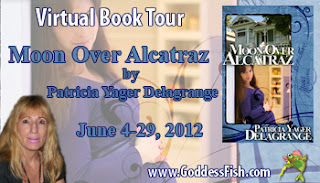