After a long time, I read a book that had a drastic effect on me.  Have you ever read a book, which makes you keep on thinking about it for the next few days?  Whenever you think of it, have you always felt exciting, glad and sad at the same time?  Have you felt your heart racing at every incident that take place in a book?  Did you find the need to realize that a book is not a real life and keep saying its a fiction, so that you won't be knocked out cold?  Well, THE HUNGER GAMES, by Suzanne Collins, is such a book.

The Hunger Games is set in a time in future (I hope fervently that its centuries later), where humanity is at its worst.  Our world, then, is ruled by a set of rich people, who live in comfort, in a place called Capitol.  We, the remaining population, occupy the 12 districts and work for the Capitol.  Life in the district is so bad, that people have to strive hard, to remain alive.

As if this is not bad enough, every year, two members of each district (irrespective of their age, is chosen and thrown into the Hunger Games.  The Hunger Games is a huge place, where there is various traps, vicious animals and life-sucking troubles, that the members have to survive.  The last member, who is alive, will be the winner and can live the rest of his life in his district in luxury.  In addition to the traps and stuff from the Capitol, the members kill each other like animals, to survive in that arena.  This entire action is cast live to all the world. Katniss, our protogonist, a 16-year old from District 12, volunteers for this event in order to protect her 10-year old sister, who is selected for the Hunger Games.  After her father died, Katniss protects and feeds her mother and sister.  Katniss detests the Capitol and she is a girl, who is good in hunting.  Katniss is excellent with a bow and arrow. Along with Katniss, Peeta Mellark, the boy who had a secret crush on Katniss since childhood, also is selected for the Hunger Games, from District 12.  Although the two try to be seen as a couple to get support from the audience, when the real action begins, Katniss is blind to Peeta's love and continues her "act".  Although romance is a very small part in the grand scheme of things in the book, it still feel unfair towards Peeta.  Unlike Katniss, Peeta is not much of a survivor.  He is a baker's son and the skills to survive towards hunger and other brutalities are not good for him.

When finally the Hunger Games begins, the violence and the stress of the kids to survive just moves you to bits.  In spite of all the violence and so much blood-shed and death, I don't feel repulsive, but felt hypnotized.  The plot seems challenging and not in one place can I guess or think about what will happen next.  The writing and descriptions are beyond awesome.

This book is going to be a movie soon and I CAN'T WAIT..  The trailer below for you..

The soon-to-be movie, The Hunger Games, is a must-read for all and I promise, it would never disappoint you.

The Hunger Games received a number of awards and honors. It was named one of Publishers Weekly's "Best Books of the Year" in 2008 and a The New York Times "Notable Children's Book of 2008".  It was the 2009 winner of the Golden Duck Award in the Young Adult Fiction Category. The Hunger Games was also a "2008 Cybil Winner" for fantasy and science-fiction books.  It also one of School Library Journal's "Best Books 2008" and a "Booklist Editors' Choice" in 2008.  In 2011, the book won the California Young Reader Medal. 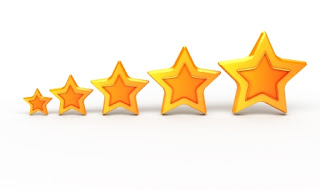