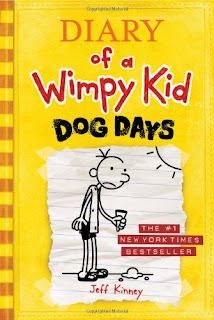 Diary of a Wimpy Kid: Dog Days is the fourth book of the Wimpy Kid series, which tells about the middle school kid, Greg, and his daily chores.

While the previous books focus on Greg's life through school and home, this time, Greg is on holiday and in his opinion, the perfect way to spend the summer is to stay indoors and play video games.  While his mother have other plans to get him outdoors, Greg again is in a series of hilarious situations.

As always, it appeals to the readers through its cartoon and Greg's funny expressions and words.  While I myself enjoyed the book, I will think twice before handing this book to a kid.  Greg is so self-centered and lazy, that children tend to think that Greg is cool. :)

The book trailer for Diary of a Wimpy Kid: Dog Days uploaded below:

The third Diary of a Wimpy Kid film is based on Dog Days and the preceding book, The Last Straw.  A few of the scenes are from Dog Days, however most of them are from The Last Straw. 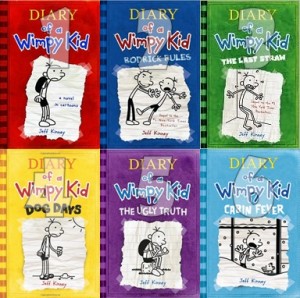 The New York Times, which rates children's serials collectively on a "Series Books" bestseller list, has included the Wimpy Kid series for 64 weeks as of April 10, 2010.

At the time of Dog Days publication, The New York Times Best Sellers had the book peaking at #1 for all 25 weeks of publication, making Dog Days the #1 Best Selling Book of 2009.