Day 20 of the Magical Christmas with D.E.L. Connor + 5 Books Giveaway

We are going to celebrate day 20 of the Magical Christmas with D.E.L. Connor.  Don't miss the previous giveaways!

And Booktrope is giving away 5 copies of SPIRIT WARRIORS for the winners of today's giveaway.  The giveaway will run till December 31st, 2013 and the winners will be announced on January 1st, 2014!  But, before that, don't forget to read Della's post about the barbie tree! 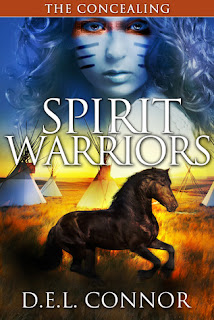 Sixteen-year-old Emme Belrose has it all: four best friends, a horse of her own, a hidden tepee hangout, and a blossoming romance with tall and handsome Charlie. These friends also have a secret. They can move their spirits into animal bodies: an osprey, a mustang, a grizzly, a mountain lion and a coyote. But when Charlie, who has a gift for seeing the future, has a vision of Emme drowning in the icy Yellowstone River, the Spirit Warriors must train their animal bodies to kill an enemy they know is coming… but know nothing about. Suspenseful, romantic, and awash in Native American magic, Spirit Warriors captures the tragic enchantment of the American West—and confirms the power of friendship.


The Barbie Tree: Smiles and Hope


Every Christmas for the last twenty years, I have lovingly put up the Barbie Christmas tree. I started collecting the Barbie doll ornaments when my daughter was six. She had outgrown the baby series of Hallmark ornaments and it was time to start a new series. 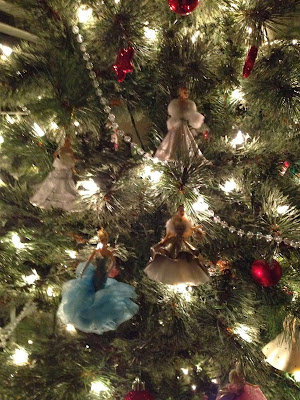 I took her to the Hallmark store and we looked at all of the ornaments. The nice saleslady there told us that Hallmark was starting a new line of miniature Barbie doll ornaments dressed in their holiday dresses that would match the real size Barbie dolls dressed in the same outfit. I watched her face light up. That night we placed the Barbie ornament on the tree next to the Star Trek ornaments that her dad had loved so much. Her face was animated as she placed the Barbie facing the Star Trek ornaments. True smiles from her were hard to come by. In fact, they were pretty much absent since we lost her dad. For that moment in time, I thought maybe, we could live through the loss and grief that had consumed our lives for the last six months. That little ornament and her smile brought me hope. 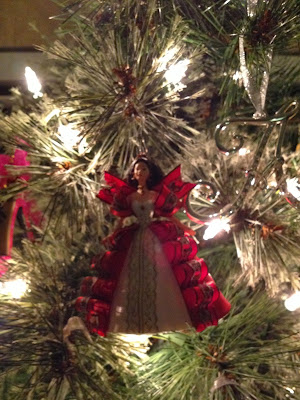 Every year we added another Barbie doll ornament to the tree until finally we had too many of them to keep on our regular Christmas tree. I bought an artificial tree and we named it the official Barbie Tree. Many times the ornaments were drug off the tree and played with.  Baby Jesus from the nativity scene would have a starring role with the Barbie dolls.
My daughter grew up and as she did the Barbie Tree became a thing of the past. I kept collecting them as she went off to college. She was, and still is, no longer interested in them. She refuses to help with the Barbie Tree. It doesn’t bother me. What she doesn’t know is that I relish this time of reflection with the Barbie Tree. Every ornament is a memory to me. It is a memory of her life. I close my eyes and I see her little girl smile as she hung that particular Barbie doll ornament on the tree. Every one of those Barbie doll ornaments brought joy and happiness to my girl at some time in her life.

More importantly those Barbie dolls brought hope. Hope that the future could be better than the past. Hope that Christmas wouldn’t always feel empty. Hope that she would have a wonderful, happy life. The life her dad so much wanted to be a part of, before his time ran out. 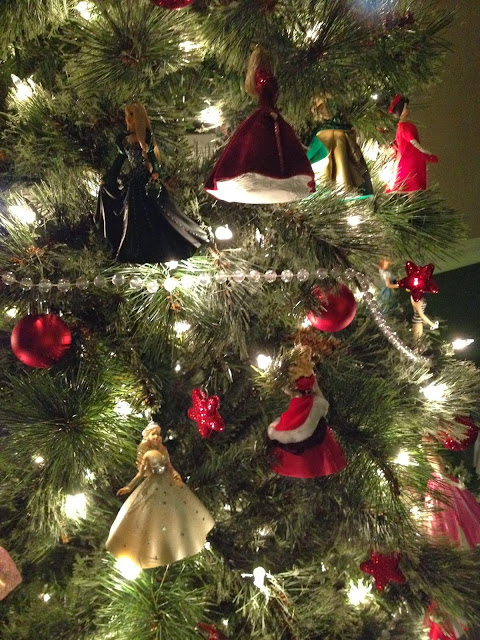 I found out this year that there would be no more Hallmark Holiday Barbie ornaments. Hallmark’s contract with Mattel had expired. It seemed a good time to end the collection. My baby girl is all grown up. I will keep putting up the ornaments every year and dragging the tree out until I am too old to do it anymore.

I hope she will pick up the tradition when I am gone and remember that each small ornament is tied to a part of her life and mine. I hope she has a daughter and the Barbie Tree will make her light up with joy. I hope she remembers how much her dad and I loved her. I hope she always smiles when she thinks of me. I hope as only a mother can hope.

Isn’t that what Christmas is all about? Smiles and Hope? The happy smiling faces of our children reflected in our eyes. Hope laid out before us.

Booktrope will be giving away 5 e-copies of SPIRIT WARRIORS for the winners of the below Rafflecopter widget.

The giveaway is open for INTERNATIONAL residents.