We are going to celebrate day 3 of the Magical Christmas with February Grace.  Don't miss the previous giveaways!

And today, February and Booktrope is giving away 10 books for the winners of today's giveaway.  The winners will be announced on January 1st, 2014!  But, before that, you should seriously read her guest post, where February speaks about her first holiday dance! 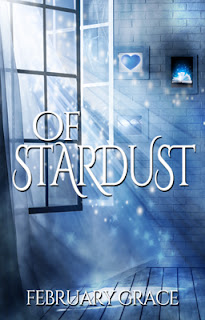 “Dreams are sacred…”
At the age of twenty-six single, geeky bookseller Till Nesbitt inherits the shock of a lifetime: a huge Victorian farmhouse filled with unique tenants, and the knowledge that there is a reason she’s always been different. She’s destined to become a Fairy Godmother, because the skills are written into her DNA.
Till embarks on her fairy education at Dreams Come True University with much trepidation, guided on her journey by a unique mentor: a Celtic hybrid with a secret by the name of Gus.
When Till falls head over heels for Gus, will she break the most serious law in the Fairy Code, or will the truth of what really happened to Gus’s parents keep them from repeating history? 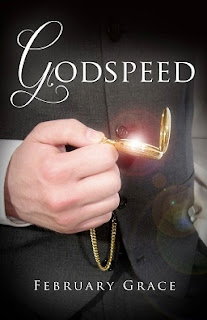 "What is a heart if not the ultimate clockwork?"
Abigail’s young life was saved by the kindness of strangers: Schuyler Algernon, the man who found her collapsed on cold city streets, and Quinn Godspeed, the doctor who risked everything by breaking the law to keep her fragile heart beating.
As the truth about what she’s become and her feelings for her savior overtake her, Abigail is forced to ask what constitutes life, living, and what dark secrets are contained within Godspeed’s past and the walls of Schuyler’s house.

I was raised with many beliefs that I no longer subscribe to.

I broke with family tradition somewhere in my mid-twenties, but it still took me a few more years to shake off a lot of the restrictions that I was taught as a child were mandatory.

One of those restrictions prohibited the celebration of birthdays and all holidays, including Christmas.

I never much missed celebrating as a child, because I was raised in an environment where it was normal not to. As I got older, I developed a wide-eyed curiosity about it all, especially once I hit my teen years and began working in retail and was subjected to hour after hour of Christmas carols playing out over the store’s PA system. I still remember the first Christmas song I learned the lyrics to (though unwillingly…) was Sleigh Ride, because it repeated on a loop once every twenty minutes. Multiply that by a ten hour holiday work shift and that’s a lot of “giddy-yap’s”.

Things changed though, and all at once, in 1999: six months after my second marriage. We were in Walt Disney World Christmas week—and if you’ve never been there during the holidays I can only tell you that it is an especially magical time to visit. Everywhere you go they offer you cocoa and cookies (mmm, sugar cookies…) and the decorations are unlike anything I had ever seen in my life, done up on such a grand scale and with a different theme at each resort and park.

We happened to be staying at a hotel near and dear to me since I was pre-verbal: Disney’s Contemporary Resort. That is the one where the monorail train goes right through the main A Frame shaped building, and when I was tiny I used to ask my sisters to cut a hole in a cardboard box and then I’d take empty egg cartons and drive my Weebles through my own imaginary “Contemporary” aboard a pretend “monorail”. I wanted nothing more than to grow up to drive one of those trains, to become a “Monorail Pilot.”

To say that I am Disney crazed, to this day, would be a major understatement. 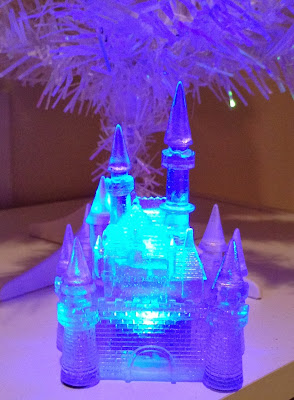 Maybe it was being in that place that woke me up to what celebrating Christmas could really feel like; maybe it was the glow of still being a newlywed, but whatever it was, there was a moment of magic I will always remember.

We were there with family, but they had all fallen asleep back in the room after a long day in the parks. My husband and I were not quite ready to call it a night yet, so we quietly made our escape from the darkened hotel room and down to the huge arcade. We played games for a little while, then decided to take a walk.

The hotel had added a large convention center that I had never seen, and it seemed as good a time as any to see if we could take a walk through it and drink in all of the glorious, sparkling decorations.

It was about one in the morning by that point, and the place was deserted. After walking a little ways we found a beautiful grand piano and I just had to test out the acoustics of the space, which was gigantic. I played part of a song or two, just to do it, and then I rose from the bench and turned to my husband. He was smiling at me.

I noticed that there was music softly playing on the overhead speakers, and I don’t remember whose idea it was or how we started, but I remember that after a moment, we were slow dancing among the twinkling lights and gigantic trees trimmed from top to bottom. 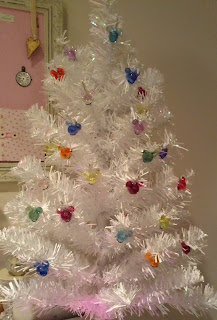 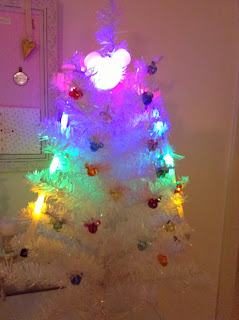 The song that was playing was another I’d learned the lyrics to just from sheer exposure to it in the workplace: the Carpenters version of Have Yourself a Merry Little Christmas.

I started singing softly to him as we danced, and he kept smiling at me. I remember at one point he paid my singing a compliment, and then I looked up and saw a figure in the distance: a very tired looking older man. He was a Disney Cast Member—a Monorail Pilot, no less— making his way down and out of the building through the convention center, no doubt after an insanely long work day. He caught sight of us dancing, looked right at me, and though he said nothing, he gave me the sweetest smile.

I gave him a slight nod, and my husband and I finished dancing until the song played out.

We knew it was time to get going back to the room to get some sleep. Morning would come soon enough, and everyone else would be rested and ready to go.

As we turned to leave, I noticed something glimmering on the floor a little ways away. I asked my husband what it was, and he approached it and picked it up.

It was a shiny brass button, with the classic Disney D on it. I recognized it instantly; it was just like the buttons on the Monorail Pilot uniforms.

It was a button from a Monorail Pilot uniform. 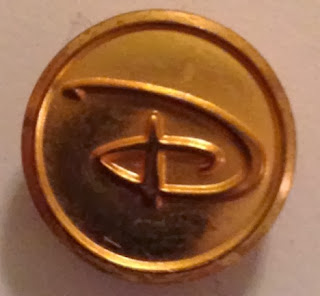 The man had long gone; there was no way to return it. So my husband handed it to me: a keepsake. You could call it my first Christmas present. It wasn’t quite a glass slipper, but in that Cinderella moment it had meaning to me beyond that. It was a tiny piece of a dream that I’d always had, a little bit of Disney Monorail Pilot magic.

I have celebrated Christmas every year since (the next year was when I had my very first tree at home—at the age of 29) through good times and bad. It is a bittersweet thing, at times, but it is a time when I look for ways to be present in the moment and recount my blessings from the previous year.

So that’s the story of my first Christmas, and my first holiday dance.

I hope your holidays will be full of memories that last just as long as this one has for me—and beyond.

Happy holidays to you too, February!

Thanks to Booktrope, today, I have 10 e-copies of February's books (5 copies of "Godspeed" and 5 copies of "Of Stardust").  So, that means 10 winners!  Yay, readers!  Just enter the giveaway through the Rafflecopter below.