Day 5 of the Magical Christmas with A.J. Aalto + 20 Books Giveaway

We are going to celebrate day 5 of the Magical Christmas with A.J. Aalto.  Don't miss the previous giveaways!

And Booktrope is giving away 20 copies of Marnie Baranuik Files series for the winner of today's giveaway.  The giveaway will run till December 31st, 2013 and the winners will be announced on January 1st, 2014!  But, before that, you should seriously read her guest post, where Aalto speaks about the gifts his protagonist would give to other characters! 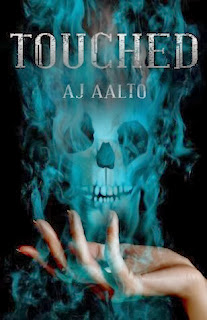 The media has a nickname for Marnie Baranuik, though she’d rather they didn’t; they call her the Great White Shark, a rare dual-talented forensic psychic. Twice-Touched by the Blue Sense--which gives her the ability to feel the emotions of others, and read impressions left behind on objects--Marnie also has a doctorate in preternatural biology and a working knowledge of the dark arts. She is considered without peer in the psychic community.

Then her first big FBI case ended with a bullet in one shoulder and a chip on the other, a queasy heart and a serial killer in the wind, leaving her a public flop and a private wreck. When the FBI’s preternatural crimes unit tracks her down at a remote mountain lodge for her insight on a local case, her quiet retirement is promptly besieged by a stab-happy starlet, a rampaging ghoul, and a vampire-hunting jackass in tight Wranglers. Marnie figures the only real mystery is which one will kill her first.

Too mean to die young, backed up by friends in cold places, and running with a mouth as demure as a cannon’s blast, Marnie Baranuik is about to discover that there’s no such thing as quitting time when you’re Touched. 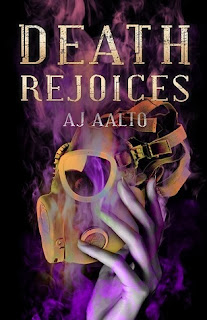 Marnie Baranuik is back, and this time, the Great White Shark of psychic investigations has "people skills" and a new assistant who seems to harbor an unhealthy curiosity about Harry, her revenant companion. Together, they've got a whole lot of questions that need answering. Is an ancient vampire hunting in Denver? Who is stalking Lord Dreppenstedt? How do you cure a slipper-humping bat, ditch an ogre, or give a demon king the slip? And what the hell was she thinking, swearing off cookies? Teaming up with her sexual nemesis, Special Agent Mark Batten, and their long-suffering supervisor, Gary Chapel, Marnie discovers that vampire hunters aren't easy to rescue, secrets don't stay buried, and zombies sure are a pain in the ass to kill. 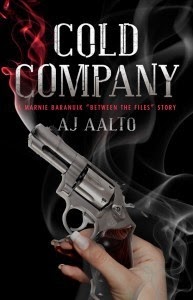 Before she vanished, few people knew what paralyzing fear Rachel Houseton battled every single day. Can Marnie Baranuik — professional psychic and amateur dunce — muster her resources to confront the face of Rachel’s terror and find her before it’s too late? Joined by her newly undead brother Wes and her revenant partner Lord Guy Harrick Dreppenstedt, Marnie dives into a new case that serves as a grim reminder that DaySitters aren’t the only ones living shoulder-to-shoulder with Cold Company." 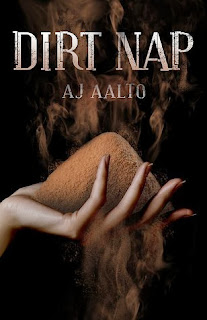 Jail probably would have been a better place to spend a Thursday afternoon, but when a preternatural expert is needed, there's no one else who can fill Marnie Baranuik's Keds. Beset by a rampaging stone monster and a furious quarry owner, trapped between a rock and a hard-ass, Marnie faces her biggest challenge yet, and discovers once and for all if size really does matter.

Christmas Gifts for the Characters 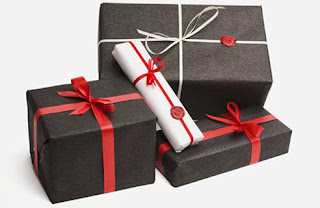 Marnie here. The holiday season is always tough for me, but this year will be different. Failure is not an option. I think I have the perfect presents picked out for my nearest and dearest.

Supervisory Special Agent Gary Chapel: My ever-patient boss deserves a medal, but I ordered him a mug that says Best Boss Ever. It has a frog on it. The frog is wearing a top hat. Totally bitchin’.

Special Agent Heather Golden: Keeping in mind her serious personality disorder, I got her a copy of Why Men Love Bitches. I’m going to mail it to her so she can’t hit me when she opens it.

Special Agent Elian de Cabrera: Cuban is getting a bullet-proof fanny pack that also clips on under his bike seat. I promised him I’d protect his ass. This is totally what I meant.

My brother, Wesley (the bat): his very own pair of fluffy bunny slippers. To hump. Don’t ask, Diary.

Harry, Lord Dreppenstedt: For my Cold Company, I ordered a one-of-a-kind jacket of the finest fabric on the planet: vicuna silk velvet. Nobody knows quality like Harry; he’ll recognize and cherish this luxury.  I had to order it last year and store it at Chapel’s place to keep it a surprise, because around this time of year, Harry snoops big time. It cost a small fortune, but nothing is too good for my Harry.

Have a fantastic holiday, Diary. I’m turning the lights down low, building a nice big fire in the woodstove, and hunkering down with Harry, some snickerdoodles, espresso and brandy, and a good book or two until New Years Eve. Blessed Be.

Thanks to Booktrope, today, I have 20 e-copies of all the four books (5 copies of each book) featured today to give away.  Just enter the giveaway through the Rafflecopter below and please share it to your friends.  Giveaway open to International residents.