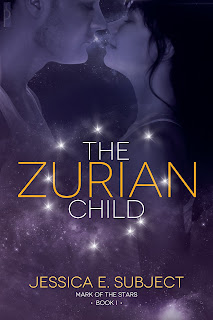 Lindsay Beckett longed to be reunited with her first love, Quinn Montgomery, until she learns the secret that sent him fleeing from her in the first place. He’s an alien, a Hemera, and she’s half-Hemera herself. As if that wasn’t enough to ruin her dreams of a perfect life, when their child is born, they discover she fulfills a prophesy told twenty light years away and many years ago. Lindsay wants to ignore it, until her husband is murdered and suddenly believing becomes a matter of survival.

Lindsay and her young daughter are forced to rely on another Hemera, her husband’s partner and best friend, Bryce Beuermann as more and more of the Hemera are slaughtered. Bryce will do anything to help his best friend’s widow—including suppressing his own deep feelings for her. But he must prove they can trust him, even pretending he doesn’t want her with all his heart.

When my daughter was in kindergarten, so would break down in tears when she had to read. She absolutely hated it. As a book lover, this was so disheartening, so I decided to write her a book about superheroes. Well, that book quickly turned into something else. I wrote another book for her, and the seed was planted.

I really don’t have a typical day. Depending on the day job, I try to fit in as much writing time as possible, and I’m usually on the computer two or three times a day to do social networking, promotion, etc. But from the time I get up, early in the morning, until the time I go to bed, my mind doesn’t rest. I rarely watch television anymore (except Castle), as I fall asleep if I stop.

Lucy In The Sky by Barbara Elsborg.

I have four short stories published with Decadent Publishing: Celestial Seduction, Beneath the Starry Sky, Unknown Futures, and Never Gonna Let You Go. Plus, I have three more stories contracted with them, including An Unexpected Return, which will be a part of their new sci-fi line.

The Zurian Child, the first book in the Mark of the Stars series, just released in March with Silver Publishing.

I would invite Layna Pimentel, Lorna Suzuki, Rebecca Royce, DL Jackson, and Zee Monodee. These ladies have helped me so much on this path to publication, and I’d love to meet them all face-to-face.

Is there a song you could list as the theme song for your book or any of your characters?

I have a playlist for the majority of the stories I write, but the songs on most of them are E.T. by Katy Perry, and Untouched by The Veronicas.

In books, I’m not really embarrassed to admit to anything I read. I love Harry Potter, and a lot of YA, such as The Hunger Games, but I also read erotica, including M/M and manages. It just depends on what I’m in the mood for.

As for television, I guess I’d have to say Sweet Home Alabama (like The Bachelor) and Sons of Guns. I’m usually trying to get work done while they’re on, but I do follow the shows.

I would say it’s every time a reader tells me they enjoyed my story.

Have your work critiqued. It was the best piece of advice ever given to me, and it started the ball rolling.

Touched by an Alien by Gini Koch. I want to meet all of those hot Alpha-Centaurians.

In a book about my life? Um, that would be when my husband proposed. I was laughing, crying, and so happy all at the same time. I’ll just say that our daughter doesn’t know how to keep a secret. Still doesn’t.

Anything, and pretty much everything. Though I did go to university for Business Administration.

In your wildest dreams, which author would you love to co-author a book with?

I’d like to be able to fly, though I’d rather just have Superman nearby. ;)

Best christmas present?
My best presents have come on other holidays. Christmas is for the kids.

Favorite book?
Just one? The Host by Stephenie Meyer

Favorite quote?
Books are never a waste of money – My mom

Your worst trait?
I can’t say no to books.

Thank you so much for having me today!! 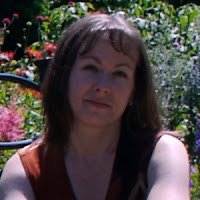 Jessica Subject started writing to encourage her daughter to read. Now she writes to keep herself grounded. Although she reads many genres, she enjoys writing Science Fiction Romance the most and believes everyone in the universe deserves a happily ever after. She lives Southwestern Ontario, Canada with her husband and two kids and loves to hear from anyone who has enjoyed her stories.

Jessica will be awarding signed cover flats and a magnet at every stop, as well as a $10 Amazon GC plus swag package to one randomly drawn commenter during the tour.

Open INTERNATIONALLY!  Ends May 11th!  Please pass this information to your friends too! 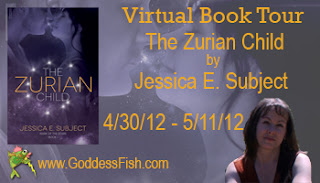